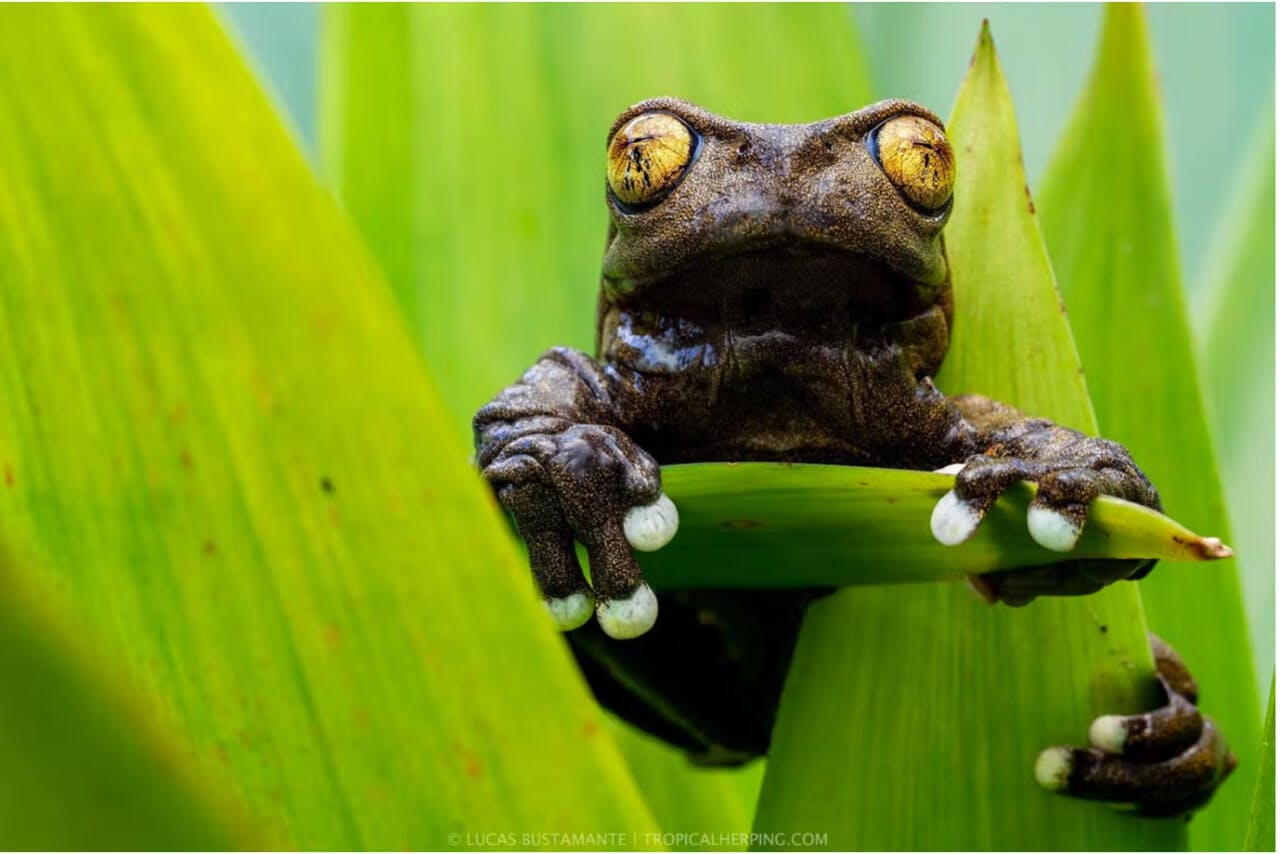 Fundación Jocotoco was established in 1998. We are an Ecuadorian NGO whose mission is to protect threatened species and habitats in the country. Although Jocotoco was born out of the realization of how scarce, localized, and consequently threatened many bird species in Ecuador were in the 1990s, we are now one of the premier conservation organizations in Ecuador with a broader focus on threatened species and ecosystems. Since 1998, Jocotoco has established 16 reserves, protecting 30,000 hectares, becoming stewards of some of the most threatened habitats throughout Ecuador. Jocotoco ́s reserves are home to more than 1,072 species of birds, 125 species of amphibians, 120 reptiles, and 105 species of mammals, including the Spectacled Bear, Puma, and Jaguar.

Tapichalaca Reserve was the first reserve established by Jocotoco in 1998. Tapichalaca is a magical cloud forest that sits at the top of a valley ranging from 1,600-3,400m. A walk on a hiking trail reveals myriad orchids, large dripping bromeliads, and dense bamboo thickets where the Jocotoco Antpitta furtively resides. Mixed flocks of high-altitude tanagers flutter across the trail at any given moment. Jocotoco’s Tapichalaca Reserve protects 9,740 acres (3,942 hectares) of threatened cloud forest and harbors exceptional biodiversity, with at least 55 endemic plant species on the slopes of Cerro Tapichalaca. It also provides a refuge for many threatened plant and animal species (1CR, and 50 EN), ranging from large mammals such as the endangered Mountain Tapir to the iconic endangered Jocotoco Antpitta and the critically endangered Bomarea longipes.

The reserve fulfills a very important and strategic role as it provides the opportunity to connect the only two large national parks in southern Ecuador: Podocarpus and Yacuri. Jocotoco’s 10-year strategy is to build connectivity between these two parks by expanding Tapichalaca. This conservation approach is designed to ensure that gene flow and species dispersal can continue across three protected areas.

With the support of Quick Response for Nature, our partners, and our dedicated staff, this 100-hectare expansion strongly improves connection among existing cloud forests. The three parcels acquired increased connectivity between the “arms” of Podocarpus National Park, thereby improving connectivity on a regional scale. Jocotoco’s next step is to continue expanding Tapichalaca, search for new funding opportunities, and protect the megadiverse cloud forest in southern Ecuador.