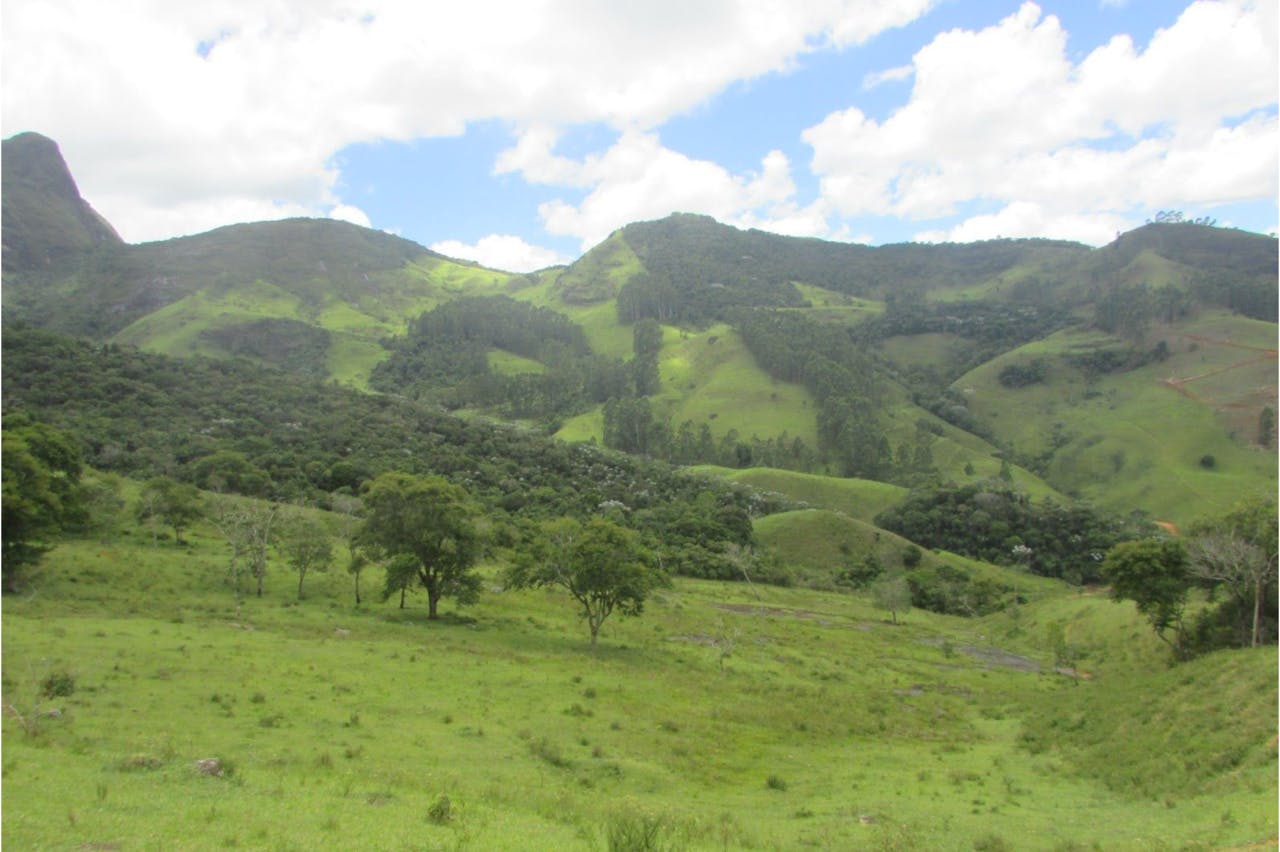 The Atlantic Forest of Brazil is a UNESCO Biosphere Reserve and one of the world’s top biodiversity hotspots. The Serra do Brigadeiro mountains in the state of Minas Gerais are located one of the priority conservation areas in the state, home to several endemic and endangered species. Among the species on the Red List, we should distinguish the Northern Muriqui or Woolly Spider Monkey, Hypoxanthus brachyteles. The most endangered primate species in the Americas, its largest population is found in the forested mountains of the Serra do Brigadeiro.

For the past twenty years, Iracambi has been working with local community members to restore and protect some of the important forest fragments situated in the buffer zone of the Serra do Brigadeiro State Park. The most important area of semi-deciduous montane forest in the state, the Park never had the funds to acquire all the strategic forest areas available, leaving its core conservation area poorly protected. The region is rich in biodiversity, species previously undescribed to science are still being discovered, and it is increasingly important to protect and rebuild forest corridors linking large forest fragments which adjoin the Park boundary.

Thanks to QRFN, Iracambi Rainforest Center was able in 2021 to acquire a strategic 15 hectare (38 acre) plot of partly deforested land, part of a farm the rest of which was bought by four other people all wishing to restore the forest. This plot is adjacent to several hundred hectares whose owners are increasingly interested in conserving and restoring forest cover. Iracambi’s restoration program consists of collaborating closely with landowners to identify and map priority conservation areas, donating seedlings, and working alongside the owners to prepare the planting sites, plant the seedlings, and monitor and maintain them for two years until the young forests are well established. In addition to forest restoration, we also work with education - formal with schoolchildren and college students, and informal as we work alongside the farmers and trade tips over coffee and cake after a hard day´s work.

In 2013 Iracambi acquired a 53 hectare plot immediately adjoining this QRFN funded plot where we have already successfully restored forest cover, and after restoring the 10 hectares of the QRFN plot which are not currently under forest, we will work with local landowners to place the restored areas under permanent protection under the Brazilian conservation category of Private Nature Reserves. We are already talking with the other landowners about forming a conservation association which could in the future give us a voice in local environmental protection forums, such as the County Environmental Protection Council.