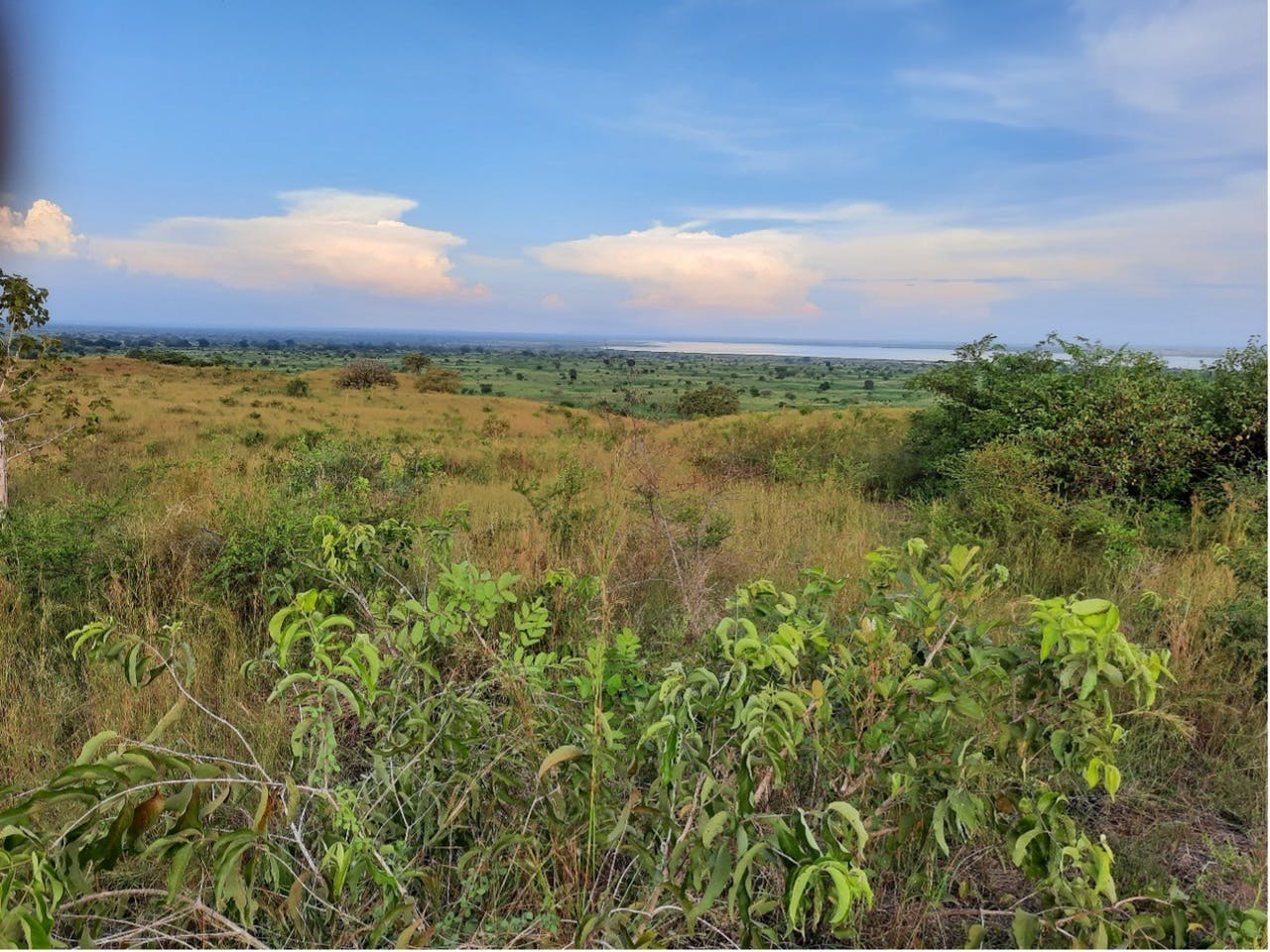 Murchison Falls Conservation Areas (MFCA) is located in the Northern Albertine Rift region of Uganda, a globally recognized biodiversity hotspot, home to several wildlife and forest reserves. The area is critical for flora and fauna, including endangered African pangolins and rare fish fauna such as the endemic Angara; 476 birds species, seven of which are threatened; and 109 mammals, including threatened species such as African Elephant and Eastern Chimpanzee. However, the park still faces challenges. For one, over 40% of Uganda's oil reserves lie under Murchison Falls National Park, and a consortium of oil companies are now engaged in drilling inside the park.

Animals need to move around to find new spaces to live in, find mates, and to have “escape routes” from certain areas that become unsuitable, for example too hot, from climate change and disturbance from Oil drilling and exploration, etc. If the protected areas in Murchison Falls Conservation Area could be linked with each other and with those in East Madi, Ajai, Zoka, Wadelai Forest reserve, Luli Kayonga, and Alwi as well as Lolim Conservancy into a network, wildlife could move among the various protected reserves and would be much less likely to go extinct than if the animals become confined to parks that are becoming increasingly isolated by the conversion of surrounding lands to large scale commercial agricultural farms, Oil extraction, and drilling, logging, and road infrastructural development pressure.

It’s for this reason that with funding from Quick Response Funds for Nature (QRFN), the Environmental Defenders have purchased a new 135 acres of threatened land and created a haven for endangered and vulnerable pangolin species found outside Murchison Falls National Park in Uganda.

One of the key objectives is to protect endangered and threatened species of flora and fauna; improve the conservation status of previously unsustainably managed land; restore the land with native tree species to fight climate change, prevent habitat degradation and the loss of biodiversity, and protect communities suffering from environmental destruction and restore habitat to secure a sustainable future for threatened species and the planet. Through this project, Environmental Defenders hope to increase the protection of the land rights and traditional management practices of indigenous rural communities of Pakwach district who are vulnerable and at risk of food insecurity, the negative impacts of land degradation, and climate change.

The successful restoration and protection of habitat for pangolins ensure that the ecosystems that indigenous rural communities in the region depend on, are healthier and have their full complement of fauna and flora, and therefore are more resilient to climate change. This includes agricultural lands where pangolins play an important role in pest control and soil quality. Preserving pangolin habitat by working to limit deforestation and land conversion in the high-density region is the mission of Environmental Defenders. They hope to allow isolated populations of pangolins and other wild animal species to move freely, giving them a real chance of survival. It is an important step in securing the breeding sites for African Pangolins. Contributing to restoring degraded land, stabilizing climate and increasing wildlife connectivity, avoiding land conversion for industrial agriculture, and reducing human contact with pathogens that lead to zoonotic diseases thus reducing the potential for more catastrophic outbreaks of diseases like the Covid-19 among others.

The area is part of a key migration corridor and wildlife connectivity areas between Murchison Falls National Park, Victoria Nile Deltas, Lake Albert, East Madi Wildlife Reserve, North Eastern Democratic Republic of Congo, Luli Kayonga Forest Reserve, Alwi, and Wadelai forest reserves in the Northern Albertine region. The land lies within the boundary of the Murchison Falls Wetland System and is a significant area of social and cultural importance to the indigenous Jonam people of the Pakwach district.

The land purchase was made possible by the Quick Response Funds for Nature QRFN, a philanthropic collaboration that focuses on protecting some of the world’s most critical sites for endangered species. When the organization alerted QRFN of a purchase opportunity, the teams at the funds did not hesitate but decided to fund the full purchase of the land.

Authored by Environmental Defenders of Ngetha Media Association for Peace