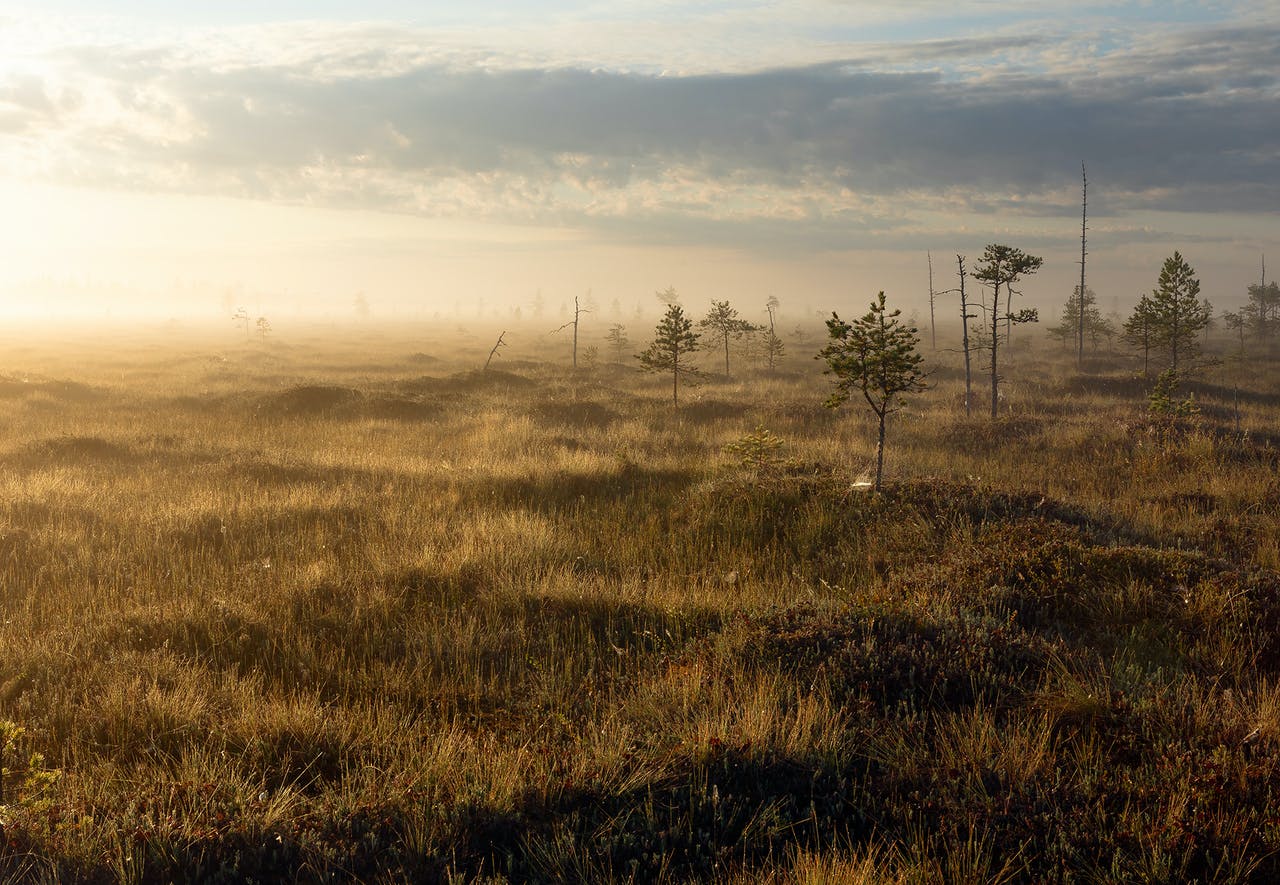 Expanding the Kivisuo Peatland Complex 2021: A Climate-Stabilization Area in the European North Receives a Crucial Boost

Kivisuo is a major, rather intact Sub-Arctic peatland system located in northern Finland, close to city of Oulu, in the municipality of Muhos and Utajärvi. In 2020 Snowchange was able to secure the core area of Kivisuo peatland into the Landscape Rewilding Programme, totalling over 600 hectares. It is as big as some of the national parks in Finland.

In March 2021 Snowchange was informed that another 40 hectares of peatland-forest complex next to the original Kivisuo lot would become available in the open markets in a fast manner – and if action would not be taken to acquire the new site into the LRP, it would be sold in the open markets to timber production, ditching and industrial uses. It was at this critical time in March 2021 when QRFN stepped in to provide critically important co-funding. Given the speedy turn of events, Snowchange was able to raise approximately 50 % of the whole purchase price (total 36580 USD). We turned to QRFN to seek urgent measures to accomplish this critically important partnership and in a matter of weeks, the remainder of the costs, appr. 50 % or 18,000 USD was decided by QRFN for a success in rescuing this biodiversity hotspot.

Kivisuo, over 600 hectares, secured in 2020 was able to be expanded close to 40 hectares with the Paanakka Expansion Site. The newly acquired site supports an establishment of an ecological corridor East of the original Kivisuo site to forested areas; secures the nesting areas of two rare European predator birds, the Peregrine Falcon and European Honey Buzzard as well as rare waders and duck species; and maintains tree stocks over 100 years old. In addition, the Paanakka expanded site secures a massive amount of stored carbon on the ground, maintains a natural carbon sink, and expanded climate stabilization area up to 660 hectares of uninterrupted territory.

Paanakka site is also extremely important to the local communities of Muhos and Utajärvi as pristine system and Snowchange continues to implement co-management and support traditional land uses and knowledge in the rewilding processes.

In closing, Snowchange is extremely thankful for the support in time from QFRN for making a critically important decision to make sure this expansion site was acquired in an orderly manner.